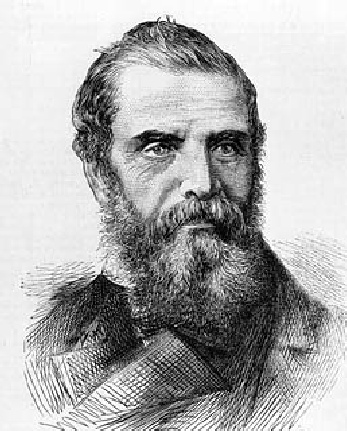 He was a native of Liverpool and was educated at the Bluecoat School there. He was elected as a Royal Academician in 1870. His first pictures exhibited at the Royal Academy were “Grouse Shooting” and “A Galloway Farm”. In 1846 he exhibited his celebrated picture “The Stag at Bay”. In the following year its companion, “The Combat”, appeared. In all Ansdell is estimated to exhibited around 180 paintings at the Royal Academy. He was noted for his painting of animals (such as “Lytham Sandhills”) and field sports (such as “Winter Shooting”), with occasional portraits and historical subjects (such as “The Fight for the Standard”). In 1856 and 1857 he visited Spain, where he sketched a number of subjects that became well known though his subsequent paintings (such as “A Spanish Shepherd”).

Richard Ansdell had homes in Kensington, another near Lytham St Ann’s (Ansdell, nearby, was named after him) and Collingwood Tower, near Frimley, where he died of bronchitis on 20 April 1885. 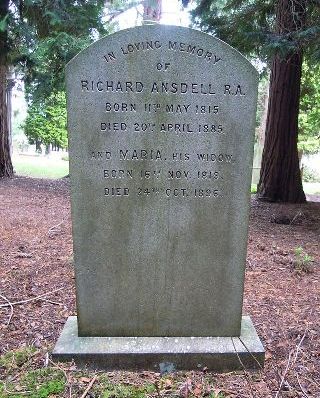 You can read more on Richard Ansdell in the Dictionary of National Biography (1901 supplement).