Born in Southampton, Daniel Beak served in the First World War as a Commander in the Royal Naval Volunteer Reserve.

He was awarded the Military Cross in January 1917, “For conspicuous gallantry in action. He led his men in the attack with great courage and initiative and materially assisted in the capture of the enemy line. He set a fine example throughout.”

A Bar was added to his MC on 18 July 1917, “For conspicuous gallantry during operations, when he continually dashed forward, under heavy fire, to reorganize the men, and led them on with great bravery through the enemy barrage and machine-gun fire.”

“For most conspicuous bravery, courageous leadership and devotion to duty during a prolonged period of operations.

“He led his men in attack, and, despite heavy machine-gun fire, four enemy positions were captured. His skilful and fearless leadership resulted in the complete success of this operation and enabled other battalions to reach-their objectives.

“Four days later, though dazed by a shell fragment, in the absence of the brigade commander, he reorganised the whole brigade under extremely heavy gunfire and led his men with splendid courage to their objective. An attack having been held up he rushed forward, accompanied by only one runner, and succeeded in breaking up a nest of machine guns, personally bringing back nine or ten prisoners. His fearless example instilled courage and confidence in his men, who then quickly resumed the advance under his leadership.

“On a subsequent occasion he displayed great courage and powers of leadership in attack, and his initiative, coupled with the confidence with which he inspired all ranks, not only enabled his own and a neighbouring unit to advance, but contributed very materially to the success of the Naval Division in these operations.”

During the Second World War, Beak commanded the 1st Battalion South Lancashire Regiment (Prince of Wales’s Volunteers) during 1939-1940. In 1942 he was appointed GOC Malta. He retired in 1945.

By his express wish his grave off St Gabriel’s Avenue at Brookwood is unmarked. 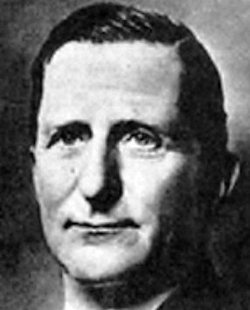