We regret to announce the death of Ramadan Guney, owner of Brookwood Cemetery. His death took place in Cyprus, from a heart attack. 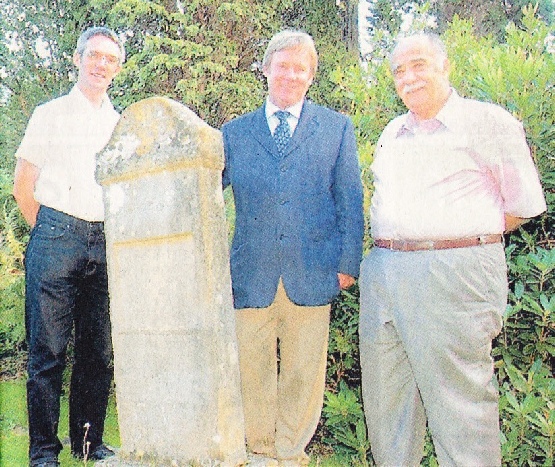 Ramadan Guney (right) with Barry Williams (centre, from Woking Borough Council) and John Clarke beside the headstone of John Singer Sargent in September 2004. This photograph marked the news that Woking Borough Council and Brookwood Cemetery had been successful in gaining Grade II status for fifteen monuments in the cemetery.

Ramadan Houssein Guney was born in Cyprus in 1932. After leaving school, he served in the British army and police on the island. In 1958 he emigrated to Britain and set up a music publishing business which continues to sell recordings of ethnic music to the Turkish communities in London. He helped found and run the first Turkish Cypriot Mosque in London, and worked on a variety of social and community projects, arising from his work with the UK Turkish Islamic Centre.

Mr Guney acquired Brookwood Cemetery in 1985 from its then owner, Mr Dally. The purchase evolved from Mr Guney’s role as Chairman of the UK Turkish Islamic Trust which wanted to identify suitable burial facilities for its members.

Mr Guney’s ownership of the cemetery was initially contentious but ultimately successful. He cleared some areas of trees and undergrowth, partly to correct the problem of a rising water table (which was causing areas to flood), and partly to create new burial space. Brookwood was never designed to be the dense woodland it reverted to in places due to years of neglect by previous owners, who had sold off land under the 1975 Brookwood Cemetery Act. Profits from these land sales were meant to be used for restoration, but this never happened.

Mr Guney’s maintenance programme was a slow and frustrating process, undertaken without any external funding support. It included the restoration of the Muslim and Catholic sections (where the majority of burials are now taking place), whilst working on key areas of the wider cemetery as funding and staffing permitted. He also digitised the burial records.

Mr Guney’s vision for the cemetery was to recreate its beautiful park-like setting. As Chairman of the Brookwood Cemetery Society I benefited from his experience, advice, practicality, sense of humour, and a friendship that developed over the years. The Society worked with Mr Guney to promote the cemetery and to assist with restoration projects as funding and volunteers allowed. The highlight of his ownership was the special celebration he arranged for the 150th anniversary of the cemetery on 5th September 2004. Attended by over 100 guests from around the world it was a truly multicultural celebration. Mr Guney also launched his own restoration fund for the cemetery he owned, admired and appreciated. 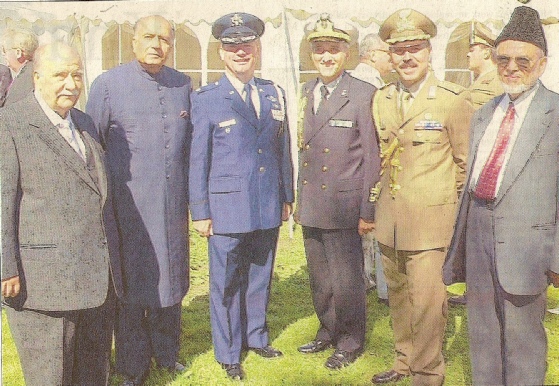 His vision remains unfinished: two major projects left in the planning stages are the restoration of the lake in the Glades of Remembrance, and the restoration of selected mausoleums. His 1994 comment that “Brookwood Cemetery is safe … as long as I live” is as true now as it was then.

Mr Guney had 2 sons and 4 daughters with Suheyla, who passed away in 1992. Mr Guney has been buried at Brookwood Cemetery in his family vault.

Sincere condolences are extended to his family, and to his many friends locally, in London, and in his native Cyprus.

[From The Brookwood Express, November 2006]