Henry Cornish (1837-1915) was a distinguished journalist, the co-founder of the Madras Mail, trained as a barrister. He died at his residence in Lovelace Road, Surbiton. 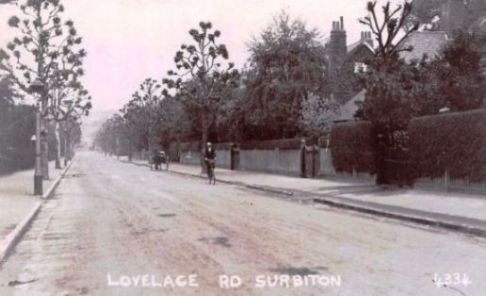 Born at Butleigh, Somerset, February 15, 1837, the third and youngest son of the late Mr. Robert Cornish, the deceased was educated at King’s College, London, where among his fellow-classmen were Sir Edward Clarke, K.C., and the late Professor Arber. Like his eldest brother, the late Surgeon-General William R. Cornish, C.I.E., He was destined for an Indian career of considerable distinction.

He studied law, and was called to the Bar in 1882, but never entered into practice.

At first he had to be content with a junior clerkship under the old Government Emigration Board, but in the spring of 1865 he satisfied his literary inclinations, in which he displayed undoubted talent, by securing a sub-editorship on the Madras Times. Three years later he and his editor Mr. (afterwards Sir Charles) Lawson founded together the Madras Mail, which soon became one of the leading newspapers in Southern India.

With this fine organ of public opinion Mr. Cornish retained his connection until the time of his death, serving for many years as editor and continuing his proprietorial interest after his retirement from that onerous position. His ability as a journalist was of the highest, and it was the success of one journalistic coup which he manoeuvred at the time of the Franco-Prussian war which led to the considerable shortening of the postal route between Bombay and Madras – a matter of no small benefit to the business and general interests of a great portion of the Indian Empire.

His literary attainments were markedly displayed in a splendid series of descriptive letters which he wrote on the occasion of a  holiday visit to Australia ten years after the birth of the Madras Mail. India was but little acquainted with the great island continent, and Mr. Cornish’s letters thereon to his newspaper were so esteemed for the information and enlightenment which they contained, as well as for the style in which they were written, that he was prevailed upon to publish them in book form, under the title of Under the Southern Cross. The book went through two editions, first appearing in 1879 and being reprinted in 1880.

Among the public services which he rendered while in India was his work as Honorary Secretary of the  fund started in Madras to relieve the 1873-74 famine which threatened Bengal, and for this he received the thanks of Lord Hobart, the Governor of Madras.

He retired from work in India after 19 years of strenuous life there and returned to this country, first residing in Brighton and then moving to Surbiton, where he lived for about 20 years.

During this latter period, Mr Cornish did much valued work as a member of the Surbiton Urban District Council and the Kingston Board of Guardians, and his service in these connections had this merit too, that it was done unostentatiously, quietly and devotedly.

He was deeply interested in history and archaeology, and was considered an authority especially on archaeological subjects, and most so in regard to old Kingston. Interested in all healthy sport, he was nearly 70 when he took up croquet, and was one of the original members of the Surbiton Croquet Club.

After long and painful illness courageously borne, Mr. Henry Cornish, died at his residence, “Glastonbury”, Lovelace Road, Surbiton, on Monday, at the age of 78. 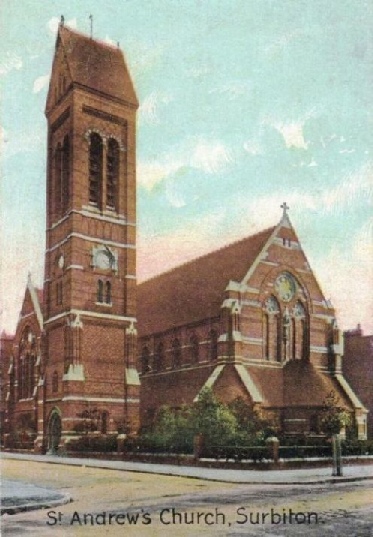 His younger son, Lieut. Charles Lawson Cornish, the 2nd Highland Light Infantry, was killed in action in November 1914, during the battle of Ypres.

There are now left a widow, one son and two daughters, with whom, in this their second bereavement, deep sympathy is expressed. 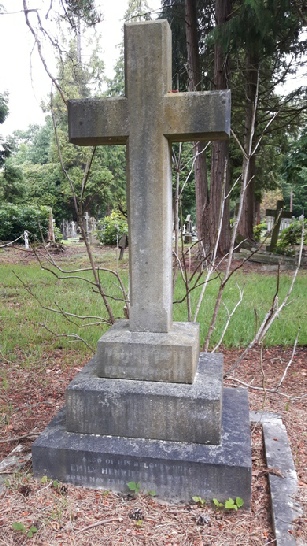 The hymns sung were “Sun of my soul” and “Now the labourer’s task is o’er”. As the body was borne from the church the Nunc Dimittis was chanted, this being followed by the rendering of “O, rest in the Lord”, by Mr. A. W. Stiling at the organ.

The last rites at Brookwood Cemetery were performed by the Rev. C. R. Bailey.