All my books are illustrated and listed below. Click on the relevant links (or on a book cover) to find out more. 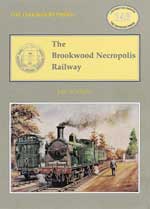 Currently in its 4th edition, this was my first book, originally published in 1983 by the Oakwood Press, and still in print.

The Brookwood Necropolis Railway is a factual account of the railway funeral service which served Brookwood Cemetery from 1854 to 1941. Over the years this book has become the standard history of this fascinating subject.

My second book, compiled with Peter Harding, who has written a large number of branch line histories, with all the covers designed by Peter.

The Bisley Camp Branch Line is an account of the railway which served Bisley Camp. It usually operated during shooting events only. During the First and Second World Wars the branch was extended to serve the many military camps in the area 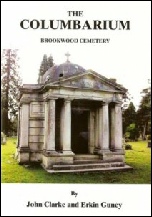 This book, compiled with Erkin Guney, was published by Brookwood Park Limited in 2010. 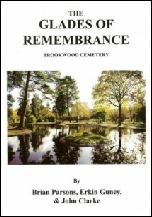 The Glades of Remembrance

This book, compiled with Brian Parsons and Erkin Guney, was published by Brookwood Park Limited in 2010.

The Glades of Remembrance (Brookwood Cemetery) is a history of the Glades, and was compiled to celebrate the restoration of the lake in the Glades by the Guney family. The booklet also marked the 60th anniversary of the Glades. 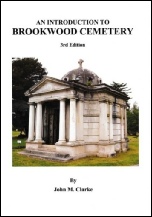 An Introduction to Brookwood Cemetery

This book, now in its 3rd edition, was published 2019. It originally appeared in 1992, sponsored by the late Ramadan Guney, when the Brookwood Cemetery Society was founded.

An Introduction to Brookwood Cemetery is a brief guide to some of the interesting graves which may be found in the cemetery. 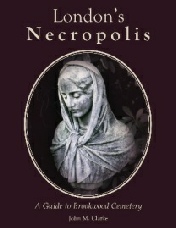 This book was first published in 2004 to celebrate the 150th anniversary of the cemetery. It has been extensively revised and updated and was re-issued by Stenlake Publishing in 2018. 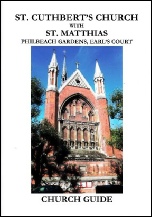 This guide first appeared some years ago. I undertook to revise and update the guide to include many of the splendid colour photographs taken by Nic Barlow. It was reissued by St Cuthbert’s Church in 2019. 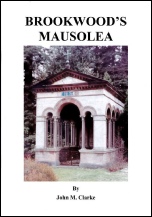 Brookwood’s Mausolea is a pictorial survey of all the surviving mausolea at Brookwood Cemetery, and is fully illustrated, largely in colour.