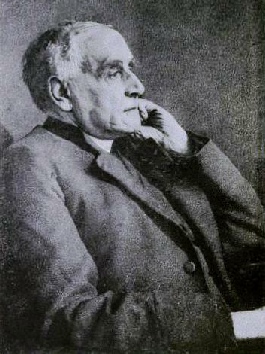 ARTHUR HENRY STANTON (1839-1913) was a priest and a noted and eloquent preacher.

The death of the Rev. Arthur Henry Stanton, of St. Alban’s, Holborn, which took place early on 28 March, 1913 at Upfield Lodge, Stroud, will bring genuine sorrow to thousands of people and will excite feelings of regret in the hearts of many who radically differed from the views which he so faithfully represented. Whatever may be said i about these views, this at least is certain, that the section of the Church holding them has been conspicuous for the devoted and unselfish services rendered to the cause of religion by its members, and that among these the 50 years of ceaseless toil as a licensed curate in an unlovely district off Holborn, which go to constitute Arthur Stanton’s personal record, represent a story for which any Church may be proud and grateful.

Fr. Stanton was born on June 21, 1839. He was the third son of Charles Stanton, of Upfield, Stroud, Gloucestershire, by his marriage with Miss Holbrow, of Badbrook House, and brother of Walter Stanton, of the same county. He was educated at Rugby under Goulburn, and proceeded to Trinity College, Oxford, where he graduated in 1862. His decision for Tractarianism was made in early life, and at Oxford he was of those who would go to Dr. Liddon’s lodgings at the House on Fridays and say the Penitential Psalms instead of dining in hall. Therefore, when he left Oxford he made straight for the thick of the fight, joining (no doubt at Liddon’s instigation) the staff which Rev. Mackonochie was gathering round him at St. Alban’s, Holborn.

That splendid edifice, due to the munificence of the late John Gellibrand Hubbard, afterwards Lord Addington, was not then, finished, but, on Liddon’s refusal to be the first vicar, Rev. Mackonochie had been appointed and was holding services, sometimes over a shop, sometimes below ground. Fr. Stanton was ordained deacon in 1862 and priest in 1864, so that when Tait consecrated the church Fr. Stanton was still a deacon, and thenceforward St. Alban’s was his life and his home. Tait told him at the time that he must not look for preferment, considering the church to which he was going, and in course of time he received more inhibitions than offers of promotion.

As an unbeneficed curate he had no direct responsibility for the early and steady development there of elaborate Roman ritual; nor is it necessary here to repeat what is written in the chronicles of Archbishop Tait and others; but Fr. Stanton, as enthusiast, teacher, director, was at the back of it all, and it is no indignity to the two vicars to say that what St. Alban’s is he chiefly made it. Thus at the critical time of Rev. Mackonochie’s withdrawal, when Bishop Jackson sent in 1875 for Fr. Stanton as curate-in-charge and forbade the further use of certain practices, it fell to the curate to decide on suspending the celebrations, the congregation attending the church of St. Vedast, Foster Lane.

Two sides of Fr. Stanton’s work call for more particular comment. One is the Guild of St. Martin for postmen, which received the blessing of Archbishop Tait, who wrote of the “immense credit’’ which Fr. Stanton deserved for organizing the guild and the sadness “that men like Stanton should be mixed up” with “quarrels in the Church”. The success of this organization was largely a matter of the vivifying influence of the organizer’s personality. The other side that calls for mention is his Sunday morning sermon at St. Alban's, a practice continued, with rare intermission, throughout his long association with the parish (to which should be added a mention of his sermons on the Monday evenings in August). It is not easy to describe the preacher to those who never heard him, and there was almost nothing in London like these sermons. Morning prayer, it may be noted, has been “said”, but not gabbled, at 10.30 a.m., and “Mass” begins at 11.

At a particular point in the Nicene Creed the celebrant and his servers have retired, according to Roman custom, to the south side of the sacrarium. Then out from the presbytery comes the preacher in cassock, surplice, and biretta, with his stole in his hand.

At the close of the Credo he gives out one or two notices. There will be several celebrations of the Eucharist on some particular day in the following week, say, the Feast of the Assumption, or some other day no longer appointed to be observed; and “of your charity pray for the souls of” such and such persons. The text is often from the Gospel for the day, and the Eleventh Sunday after Trinity may be taken as typical, when the parable of the Pharisee and the Publican is appointed. The preacher’s style seems exaggerated only to those who do not know the man. There are moments when he shouts and moments when his whisper is practically inaudible, though there is not much doubt what he is saying. There is constant and natural play with the thin, nervous hands, now clasped and quivering, now covering his face. The matter of the sermon is a blending of ritualist teaching and Methodist fervour.

The publican, it is suggested, had found his visit to the Temple full of the suggestions of God’s mercy. He “smote upon his breast”; so do we clergy every t time we come to the altar to celebrate Mass. The blood on the mercy-seat and at the horns of the altar speaks to the Publican of mercy. There (pointing to the altar) is our mercy-seat and the wine in the chalice will be red. The incense that the Publican sees rising in the Temple has the same effect; next Sunday, the preacher adds, we shall have incense here, pointing his announcement with a fervent “Praise the Lord”, as if he were speaking in a “citadel” of the Salvation Army. But the observer could not doubt that the preacher has the congregation in his grip, not merely the closely packed women on the pulpit side, but the considerable body of men on the other side, and could realize that the grip held them to what is good.

At a crowded and enthusiastic meeting of Churchmen in 1907 at the Holborn Town Hall, which was attended by some representative Nonconformists, Fr. Stanton was presented with valuable gifts as the expression of the congregation’s devotion to him. The meeting was extraordinary in its manifestation of affection for Fr. Stanton, and in his speech of acknowledgment he recounted some of the remarkable events which had taken place in his long ministry in Holborn.

In November 1912 Fr. Stanton was taken ill with a return of the complaint which had attacked him a year before. His illness developed suddenly in the train on his way to preach at Colchester, but he resolutely pursued his journey and fulfilled his promise. After that he was compelled to cancel all his engagements. For a short time he appeared to be recovering, but he gradually became weaker. Early in March 1913 the Bishop of London offered Stanton the prebendal stall in St. Paul’s Cathedral vacant by the appointment of Prebendary Storrs to the deanery of Rochester. Fr. Stanton, however, was unable to accept the nomination owing to illness. 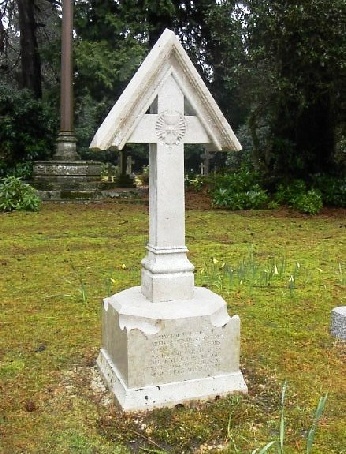 t will be as an evangelist that Stanton will deserve to be had in remembrance. It is, indeed, praiseworthy that he lived for half a century in Brooke Street and took no money for his hire. It is historically interesting that the man who was gravely reproved by the Royal Commission on Ecclesiastical Disorders for his introduction to “Catholic Prayers”, lived to refuse a prebend in St. Paul’s Cathedral, but at his death leaves “Catholic Prayers” in full circulation though without his signature. It has been observed many times that the persecution of the St. Alban’s clergy, to judge by its personal results, is the most kindly and diverting of trials. But what remains after all these admissions is the memory of the arresting preacher and of the careful guide.