Emergency Repairs to the Columbarium 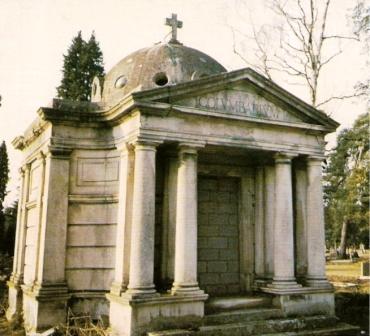 uring my period as Chair of the Brookwood Cemetery Society, the Committee agreed to fund emergency repairs to the roof of the Columbarium. This is a brief description of the work that was undertaken in 2009.

The Grade II listed Columbarium before the emergency repairs

As with the emergency repairs to the Drake mausoleum, the Society commissioned Mr John Deal - a Chartered Architect of the John Deal Practice - to report on the current state of the Columbarium and to recommend appropriate remedial work.

Mr Deal's report was submitted to the Society in February 2007. It specified the emergency repairs that were required to the roof. The cost of the work was estimated at £7,243. Since the Society had two major projects in hand and to raise monies for, it was agreed that the emergency repairs to the roof of the Columbarium would be undertaken following the completion of work on the Drake mausoleum.

Work on the Drake mausoleum was completed in the summer of 2007. The grants awarded by the Surrey Historic Buildings Trust and Woking Borough Council were payable at this time, but would now assist with reaching the target required for work on the Columbarium. Meanwhile the Society concentrated on raising further funds so that work could begin.

As with the emergency repairs to the Drake mausoleum, work on the Columbarium was undertaken in two phases.

Work Phase I started at during the week of 24 August 2009, with the erection of scaffolding. This was to allow Chris Anstey, the specialist mason who worked on the Drake mausoleum, to work safely at roof level.

His first task was to remove the temporary plastic sheeting and boards, placed there by the Managing Director of Brookwood Cemetery as temporary protection.

Following this preparatory work, the next stage was to lift off most of the roof slabs and parts of the pediment to remove the vegetation beneath. This revealed more damage than anticipated to the roof, along with some sections of the gutter and cornice. This is shown in the following illustrations: 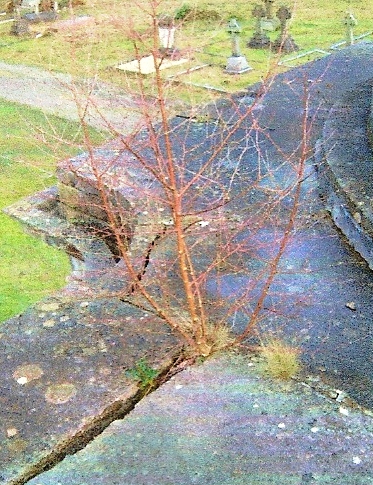 Vegetation forcing slabs apart on the roof of the Columbarium 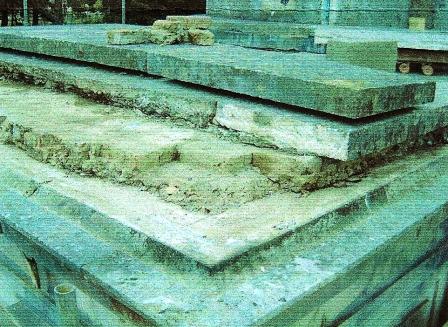 (Above and below) Photographs of the roof at the rear of the Columbarium showing brick over concrete construction. The slabs have been lifted so that all vegetation can be removed. Note the base of the dome at the top of the photograph below. 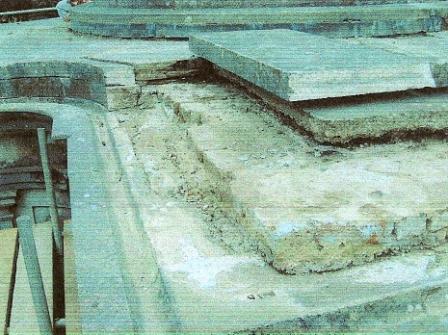 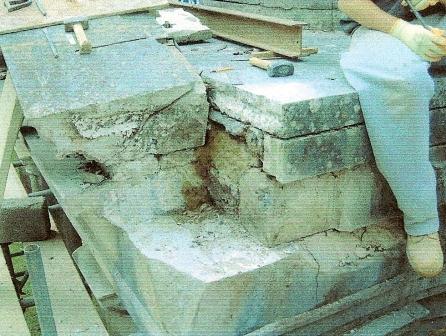 It was agreed that the missing lenses in the dome would be replaced with mesh to restrict access by birds or other wildlife, and to facilitate air flow into the building.

The masonry work was completed during September 2009, after which the roofing contractors, A.E. Hughes & Co, moved on-site to commence phase II of the project.

After the completion of repairs to the stonework, A E Hughes & Co. moved on site to construct a new roof covering over the stone slabs. There was evidence of lead flashing, long since stolen and removed. The new roof covering is shown in the accompanying photographs prior to it being covered with roofing felt. 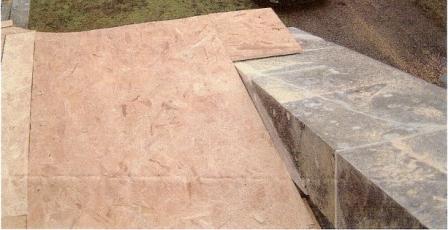 Replacement roof on the Columbarium showing abutment with the repaired pediment, October 2009 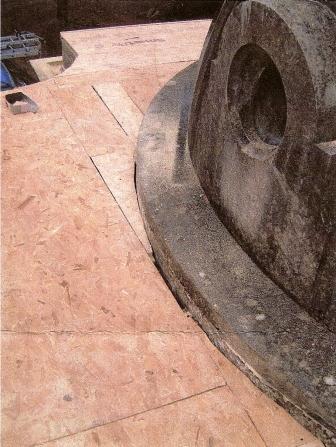 Detail showing the abutment with the base of the dome, which also shows one of the lenses in the dome 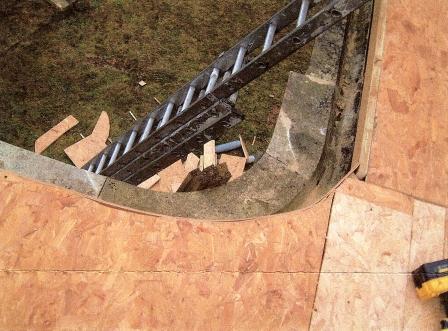 Photograph showing the external curve and overhang to ensure rainwater falls into the stone gutter (part of which is shown here). 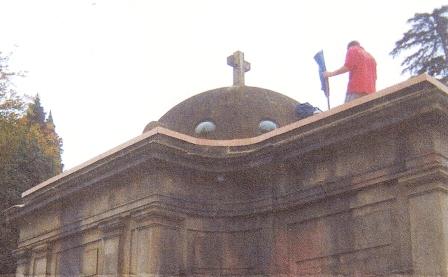 Photograph showing the external trim and drip prior to the ply being covered with roofing felt.

The major work to the roof was completed in October 2009. However further investigation showed that more work was needed on the gutters. Due to the bad weather at the beginning of 2010, this work was not finally competed until March 2010. Photographs of this final part of the emergency repairs are shown below: 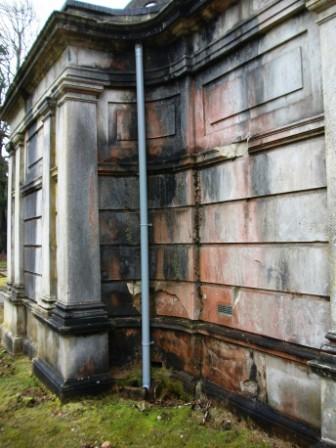 Photograph showing one of the replacement down pipes to the Columbarium. Note the evidence of water damage to the wall on this side of the building, partly caused by the theft of the original metal down pipe.

Repairs to the roof of the Columbarium, Brookwood Cemetery

e evidence of water damage to the wall beneath. 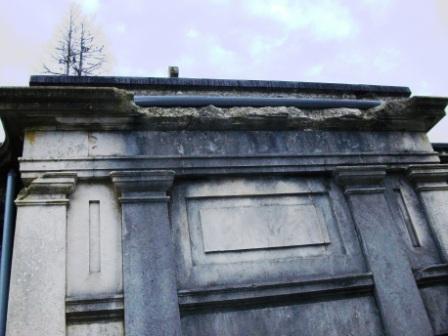 This photograph shows the extent of damage to the stone gutter on the other side of the building. Note the replacement guttering in place and the evidence of water damage to the wall beneath

See also the page describing the emergency repairs to the Drake mausoleum.